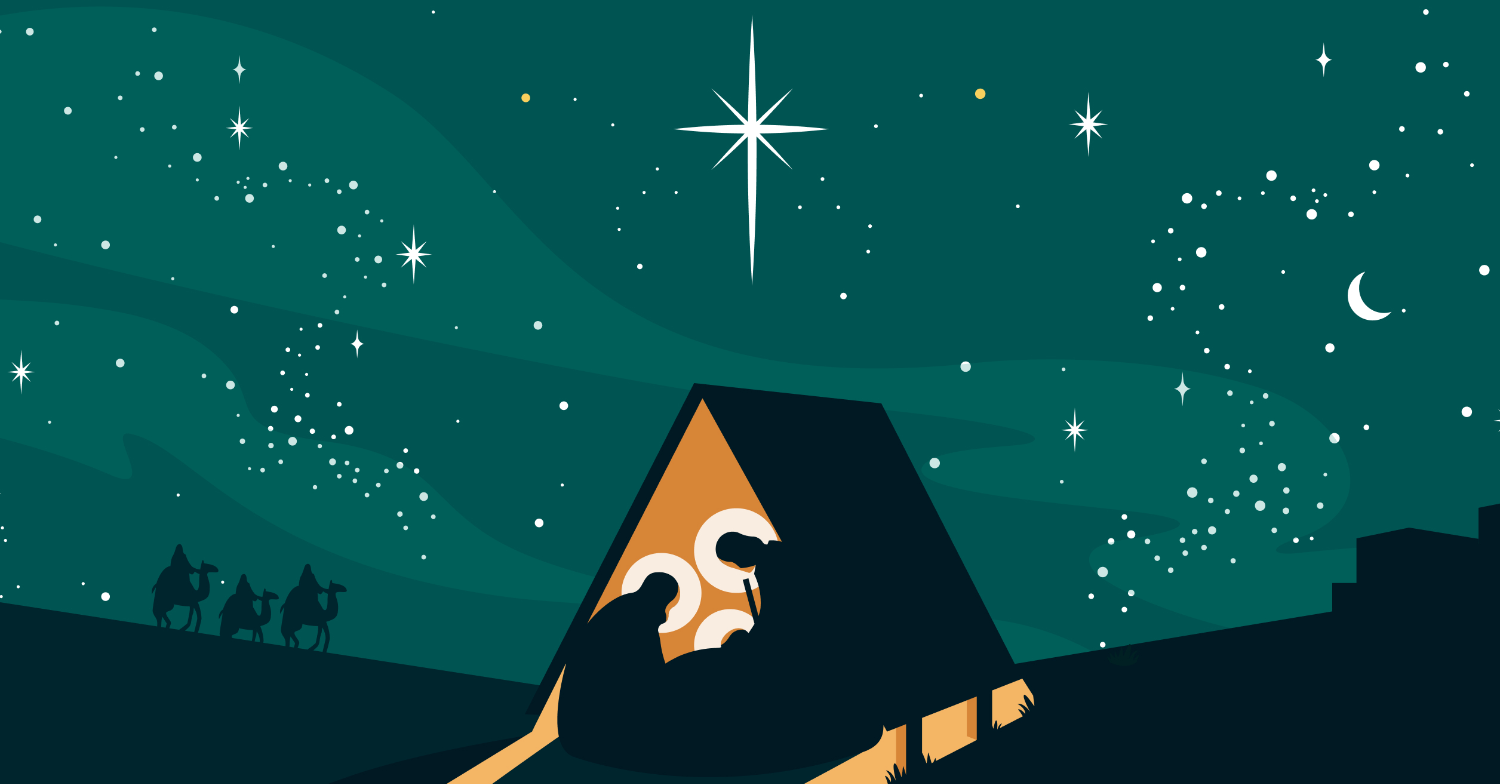 Each day during this year's Advent season, I will be sharing a devotional here to help aid our hearts in preparing for the coming of Christ. These come from a book entitled "Come, Let Us Adore Him" by Paul Tripp. I pray that these thoughts will aid your heart in worship.

The angels sang because the everlasting Father had come to extend arms of redeeming grace to all who would give their hearts to him.

It is a wonderful, mysterious, hard-to-grasp, and beyond-the-scope-of-our-normal-reasoning story. But when you get it, when you come to fully understand the purpose and implications of this story, you will sing too. This story’s amazing plot wasn’t written when Mary got pregnant or when prophets began foretelling it or when God announced it after the disastrous rebellion of Adam and Eve. This story is so miraculous in every way that it could have only come out of the mind of God in eternity before the foundations of the earth were laid down by his mighty hand. It points to the divine imagination and screams the power of the divine hand. No man could write this plot and if he did, no man could expedite what he had written. This story is itself an argument for the existence of God and is a portrait of his holy character.

The beautiful world that God had created was now broken and groaning—the direct result of the rebellion of the ones God had made in his own image and had placed his guiding and providing love upon. The evidence of its brokenness was everywhere, from the inner recesses of the hearts of people, to violence and corruption of government, to the existence of plagues and diseases. Sure, there was beauty still to be seen, but the whole world groaned under the weight of its brokenness. It would have been just for God to stay his distance, to let the world quake and groan. It would have been a just response to the arrogant rebellion that brought this brokenness on the world. But in one of the gorgeous mysteries of God’s sovereign grace, he looked on his broken, rebellious world with eyes of mercy.

God would take on human flesh and invade his sin-broken world with his wisdom, power, glory, and grace. But he wouldn’t descend to a palace. Instead, the Lord Almighty, the Creator, the sovereign King over all things would humble himself and take on the form of servant; he would live on our behalf the life we could have never lived, he would willingly die the death that you and I deserve to die, and he would rise from his tomb as the conqueror of sin and death. He would suffer every single day of his life so that he could, with his life, give grace to rebels, extend love to those who would deny his existence, impart wisdom to those who think they know better, and extend forgiveness to everyone who seeks him. His coming stands as an affirmation that he will not relent, he will not be satisfied until sin and suffering are no more and we are like him, dwelling with him in unity, peace, and harmony forever and ever.

It is true that you just can’t write this stuff! The majesty of the patient and forgiving love of this story defies words. The implications of this birth are not only transformational to the cosmos, but also eternal in their extent. This is the story of Jesus, born in a barn in Bethlehem. The Messiah the earth cried for now cries to be held by Mary and will soon cry in torment of the cross of salvation. He came to suffer because he came to save. The angels sang because finally hope had come. Don’t you want to join them?