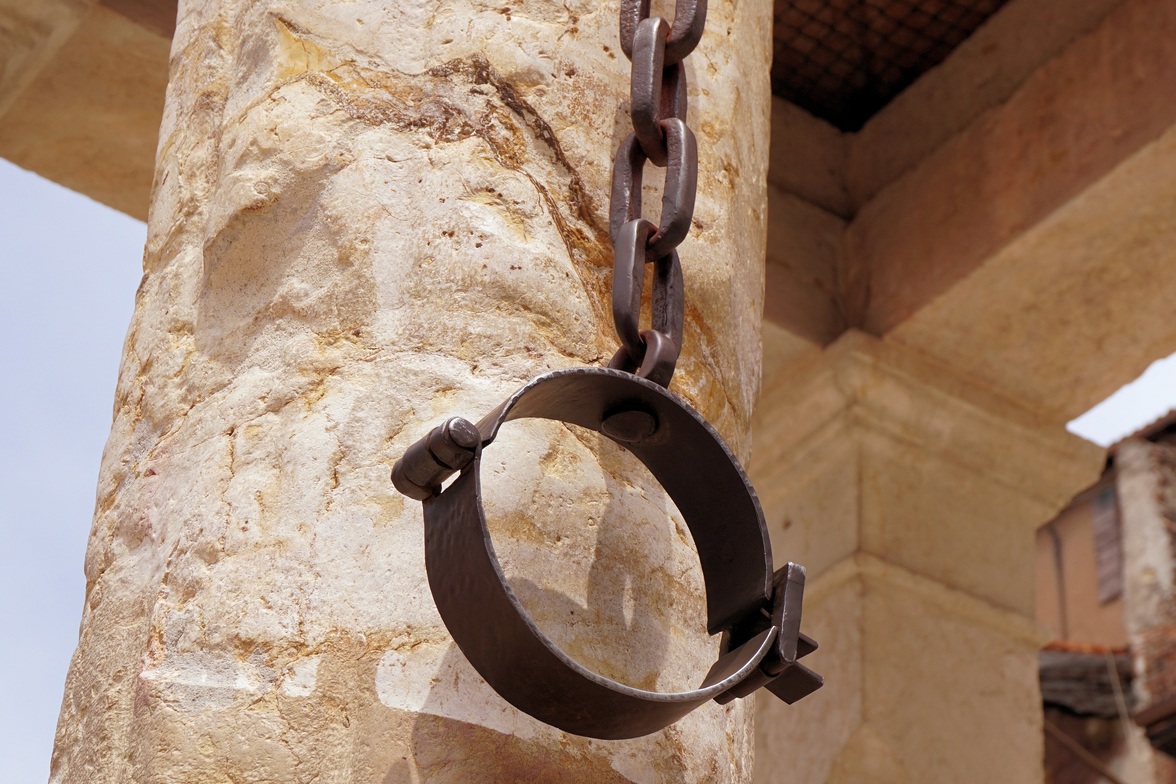 --This is the first installment in a series of posts that I'm calling "What Was THAT About?"--

This past Sunday, our series through 1 Peter brought us through a very confusing passage. When this happens, I want to utilize this blog space on our website to give a little more clarity about these difficult texts whenever possible. I want to be sure to state at the start that we won't always be able to come to a completely solid answer on what the Scriptures mean, but my hope is to explain enough to help us - at the very least - to better understand the text around the confusing passage. So, as we get started, let's refresh our memory on the passage in question:

"18 For Christ also suffered once for sins, the righteous for the unrighteous, that he might bring us to God, being put to death in the flesh but made alive in the spirit, 19 in which he went and proclaimed to the spirits in prison, 20 because they formerly did not obey, when God’s patience waited in the days of Noah, while the ark was being prepared, in which a few, that is, eight persons, were brought safely through water." (1 Peter 3:18-20)

Alive In The Spirit

The first item that we should address, specifically because of how it flows into the rest of the passage, is that Peter says that Jesus was "put to death in the flesh but made alive in the spirit"

The first half of that should be plainly understandable to every believer, that Jesus died in the flesh. That is an essential component of the Gospel that all believers must hold to. As for the second part, we should be careful not to see this as a separation of Christ into two parts - body and soul. Instead, it's better to undertsand the phrase as "put to death with respect to the flesh but made alive with respect to the spirit."

In other words, Peter is speaking of two modes of existence - one being alive here in the earthly realm, and the other being the spiritual realm. He died as a whole person, and was resurrected as a whole person albeit with a resurrected body rather than an earthly one. His death with respect to the flesh was him suffering "once for sins," and then no longer identified with sin in his body. Christ now lives as a resurrected person, in a mode of existence that we as Christians can participate in, body and soul, even now before we can fully participate in it thanks to our bodily resurrection in the last day.

Proclaiming In The Spirit

In light of this understanding of "in the spirit," we can move toward rightly understanding this confusing text. What does it mean when Peter says that Jesus "went and proclaimed to the spirits in prison"? Well, first we must recognize that Jesus was doing this in the same "spirit" that Peter referenced in v18. So, we know that this has to do with the spiritual realm.

Second, we should note that the word translated as "spirits" in v19 (pneumasin) is ONLY used in the New Testament to refer to nonhuman spiritual beings unless there's some sort of qualifier in the text. For example, here's the same word used in Hebrews 12:23, but with a qualifier that indicated that these particular spirits are those of Christians:

"and to the assembly of the firstborn who are enrolled in heaven, and to God, the judge of all, and to the spirits of the righteous made perfect"

One common incorrect understanding of this passage misunderstands a line from the Apostles' Creed - "He (Jesus) descended into Hell" - and inserts it into this passage to claim that Jesus was preaching the Gospel to those who had died before His coming, giving them opportunity to repent and believe the Gospel after death. There are several problems with this understanding, however. One is the issue raised in the previous paragraph, namely the use of pneumasin without a qualifier in 1 Peter 3:19. Because of this, we should expect that Peter is referring to nonhuman spirits. Another issue is that the word translated as "proclaim" (kerysso) is not how Peter denotes the preaching of the Gospel elsewhere in the letter. Instead, in 4:6 for example, he uses the Greek word "euangelizo" for that purpose. Kerysso is best understood in Peter's letter as a proclamation of God's Kingdom. Third, the New Testament has many different words that signify Hell throughout its books, but "prison" is not one of them. Prison is, however, used to refer to a holding place for Satan (Revelation 20:7) and demons/fallen angels (Jude 6). The prison imagery is even explicitly linked to fallen angels by Peter himself (2 Peter 2:4). Finally, the idea that those who have died would have another chance to repent and believe the Gospel runs counter to what we see elsewhere in Scripture, in particular places like Luke 16:26:

"And besides all this, between us and you a great chasm has been fixed, in order that those who would pass from here to you may not be able, and none may cross from there to us."

Another common misunderstanding of this passage involves Jesus going to those Saints who have died before and have been waiting for the coming of Christ to be freed from a "place of holding" in order to be with God. Whether or not this is a real place that truly exists, and how it might work within a proper recognition of how time functions in the spiritual realm are both topics for a different post on a different day. Setting aside the earlier issue we addressed with pnuemasin, I would dispute this interpretation on the grounds that Peter says that these spirits "formerly did not obey." That isn't language you would use to speak of those who were believing upon Christ before His coming.

Instead, Peter specifically links this to Noah's Ark. That gives us a guide to what's happening here.

"1 When man began to multiply on the face of the land and daughters were born to them, 2 the sons of God saw that the daughters of man were attractive. And they took as their wives any they chose." (Genesis 6:1-2)

The reality is that part of the reason that this such a hard passage is because it's linked to another hard to understand passage. There's significant dispute about who, exactly, the "sons of God" are in this passage. Some hold that they are the direct offspring of Cain who intermarried with the daughers of Seth and had children who were essentially some form of superhumans. Others hold that the "sons of God" are fallen angels who took for themselves human women and had offspring. Whichever view you hold, it's clear that these actions are the final wicked act that lead to God flooding the whole earth and taking every life on earth, save for the family of Noah and the animals that they brought aboard the ark.

When 1 Peter 3 and Genesis 6 are considered together, I think they illuminate each other pretty strongly.

So What Was That About?

Considering the fact that these "spirits" are likely to be nonhuman persons, and that they are those who "formerly did not obey," I think it's relatively clear that these spirits in prison are fallen angels who have been held captive in judgement for their wickedness in Genesis 6. And that Christ, now existing bodily in the spiritual realm, has gone to proclaim the victory of the Kingdom of God over them - as a way to show them that their attempts to destroy humanity with their wickedness have not stopped the redemptive plan of God from unfolding right before their eyes.

Christ's proclamation of the Kingdom of God functions in much the same way. For those of us who are in Christ, this proclamation is good news of the highest order. We are redeemed back to God, and we will joyously live in His Kingdom forevermore. But for those who are enemies of God - those who are unrepentant in their sin - the Kingdom of God fills their souls with dread, because it represents the judgement and wrath of God that is and will be upon them until the end of time.

I would think after reading this lengthy post that you would understand - and likely appreciate - why I didn't explain all of this in the midst of the sermon on Sunday. I do hope that it has been of help to you in some way, and that, if nothing else, you would rejoice with me at the great work that our God has done in redeeming sinners to Himself so that we would embrace His Kingdom with joy instead of terror.